Radon is Here to Stay 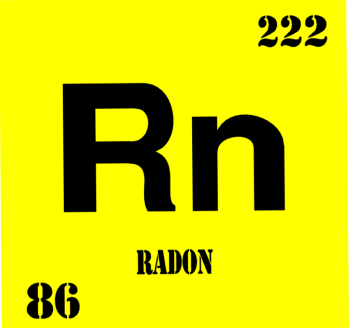 Radon is Here to Stay

Radon is here to stay, literally.   The uranium dropped off by the glaciers millennia ago is buried deep in our soil.  As many of us who have been around awhile know, nothing in our environment stays the same for long.    Uranium after many thousands of years, changes to radium, and radium changes to radon gas.

Initially one of the ways to test for radon was to direct air at a disc of plastic. When the alpha radiation contacted the disc, the plastic was literally damaged or marked.   The hits or markings, were then counted to determine the radon level of the area.   The higher the count the more radon gas was determined to be present.  If the radon radioactive particle can mark a piece of plastic, one must ask what does it do to our lungs as we breathe the air.

I became a believer of radon about 7 years ago when I did a radon test in rural Sarpy County.   The gentleman who asked for the test was the father of the buyer.  He said his neighbor built a home years ago and his two sons lived in the basement level of the home.   Neither of the sons smoked, and there was not a history of lung cancer in the family.    One of the boys developed lung cancer in his early 20’s.    They later tested for radon and found a very high level of radon.  Radon was considered a strong possible cause for the cancer.

The State of Nebraska has a licensing procedure for those who test and those who mitigate for radon.

It is also important to know those who test for radon follow procedures set up by the State.  Some of those procedures include:

As I have been told in training, the science is not perfect in testing radon, but it is the best we currently have to protect our families and clients.

We are a locally owned home inspection company serving the metro areas of Omaha and Lincoln, Nebraska.